While cryptocurrency is currently the center of the hype in the finance sector, most big industry players are gravitating towards its underlying technology: blockchain. Several top-tier executives like Warren Buffett have been pushing the “Blockchain not Bitcoin” mantra which other’s have adopted.

Such executives believe that cryptocurrencies like Bitcoin are a bubble which will burst, leaving their underpinning technology behind. The technology, which has been applied in problem-solving processes within several industries including agriculture and real estate is quickly gaining traction in the finance industry as well. It has recently been used to solve several complex payment problems, including bartering.

Bartering involves the exchange of goods and services for other goods and services of perceived equal value. Today, money is a generally acceptable means of exchange, but before the creation of money, bartering was the primary means. People could barter exchange things like clothes for food, and services like a shoe repair in exchange for a cleaning service and so on.

This method was one of mankind’s most significant inventions, but like any other invention, it became obsolete with the arrival of a better option. However, several individuals and businesses still practice bartering to date. 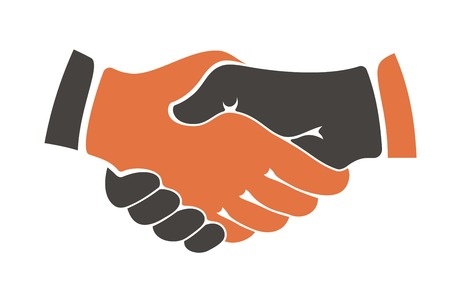 WHAT ARE THE ADVANTAGES OF A BARTER SYSTEM?

Although the barter system is no longer commonplace, it worked efficiently when it was. During the Great Depression of the 1930s, it was a popular means of exchange due to the lack of money. It worked great for many reasons:

WHAT ARE THE DISADVANTAGES OF A BARTER SYSTEM?

Like any system, the barter system also has its drawbacks, seen below:

HOW DOES BLOCKCHAIN SOLVE THESE ISSUES?

A blockchain is a distributed digital ledger on a peer-to-peer network, which records every transaction carried out on it. To effectively use the technology, most blockchain platforms have their own cryptocurrencies which serve as means of exchange.

By allowing traders to barter using a consensus mechanism that allocates values to specific goods and use, the network digital asset as a means of exchange, many of the issues associated with bartering can be solved. Several companies are already working on such solutions, and one prominent example is MYTC.

MYTC is a blockchain startup that is creating a decentralized platform to support trade and bartering activities. Small and medium enterprises on the platform can easily carry out barter without worrying about any of the issues associated with a typical barter system. The MYTC blockchain platform aims to give merchants the chance to automate their exchanges so that more time can be spent focusing on their businesses and sales. It will also serve as an upgrade for the outdated financial technology used by vendors.

The MYTC blockchain uses its own form of digital currency that solves the problem of double coincidence. Since all trade will be done using the company’s tokens, there is no need to conduct a manual search for an exchange partner. The tokens also serve as a common measure of value for any barters that take place.

The platform allows its users to store divisible tokens in a wallet and retains a balance which is debited. As a result, there are no divisibility restrictions. The tokens can also be transferred, and wealth can be accumulated.

MYTC tokens are also easily transported on the network and contracts can be arranged for deferred payments as participants see fit. Another advantage of the MYTC platform is that its digital currency can be used from anywhere in the world. This eliminates location barriers and promotes international trade.

Like any other system, barter systems are not close to perfect. However, with digital enhancements such as blockchain technology, they can work well. MYTC is one of the companies ensuring that businesses are free to choose whether to deal with money or goods and services. This freedom to choose is part of the core principle behind decentralized systems and currencies. Hopefully, with a more efficient and cost-effective system, bartering will become widely accepted again.

IBM & AUSTRALIA PARTNER TO USE BLOCKCHAIN FOR DATA SECURITY